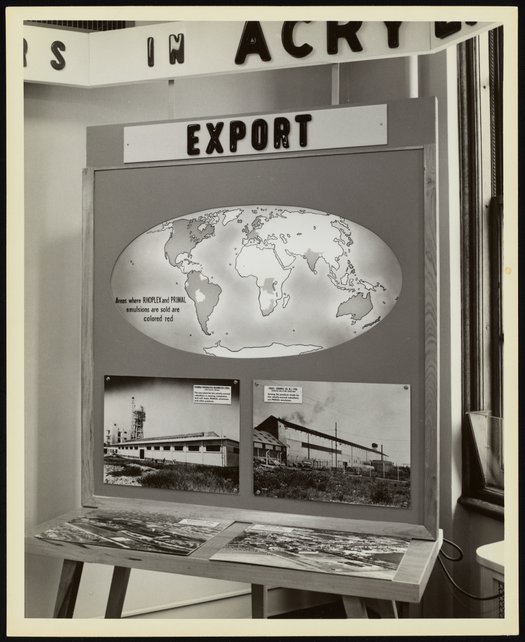 General view of an exhibit panel on exports of Rhoplex and Primal emulsions exhibited at the 1956 Rohm and Haas Company stockholders' meeting. The panel features a map highlighting where the emulsions are sold worldwide, as well as photographs of manufacturing facilities in Brazil and England.