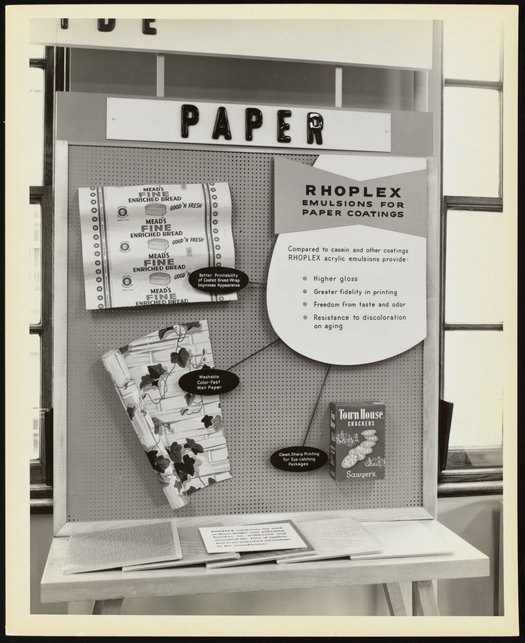 General view of an exhibit panel on Rhoplex acrylic emulsions exhibited at the 1956 Rohm and Haas Company stockholders' meeting. The panel features several samples showcasing the use of Rhoplex in paper coatings, with accompanying text highlighting the emulsion's gloss, printability, and color stability.