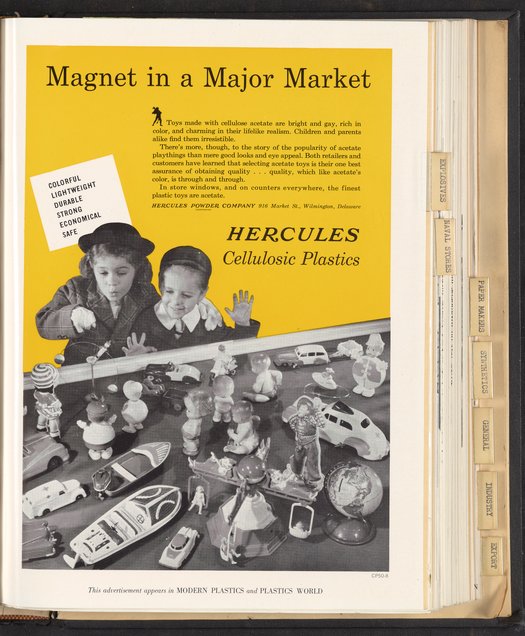 Color print advertisement for Celluose Acetate manufactured and sold by the Hercules Powder Company for use as a base in plastic molding compounds. The advertisement features a photograph of two children admiring a selection of plastic toys. The accompanying text describes the qualities of toys made with cellulose acetate: "bright and gay, rich in color, and charming in their lifelike realism." This advertisement appeared in Modern Plastics and Plastics World.

Magnet in a Major Market