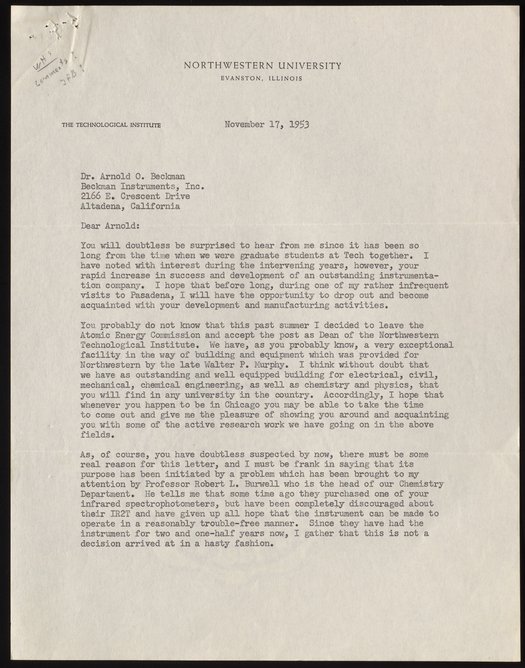 Donald Loughridge, dean of Northwestern University, exchanges friendly news with Arnold Beckman before discussing chemistry professor Robert L. Burwell's complaints about the IR-2T spectrophotometer, its frequent breakdowns, the purchase of a competitor's double-beam spectrophotometer as a replacement, and the possibility of returning the faulty IR-2T. 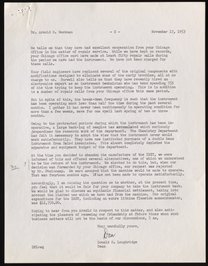