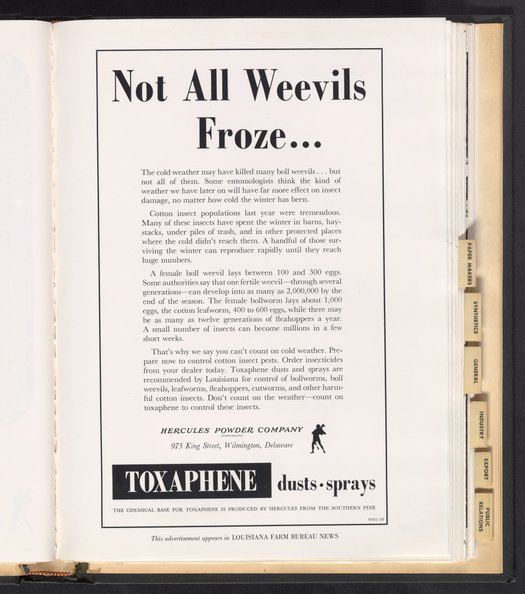 Advertisement for toxaphene includes tagline "Not all weevils froze..." in bold. Paragraphs below tagline describe how boll weevils can survive cold winters therefore precipitating the need for using toxaphene as an insecticide to control cotton pests. This advertisement appeared in the Louisiana Farm Bureau News.

Not all weevils froze...