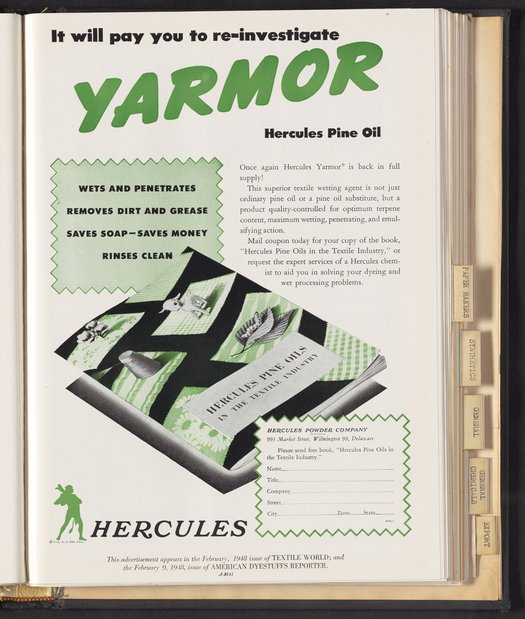 Advertisement for Yarmor Pine Oil manufactured and sold by the Hercules Powder Company for use in the dyeing and wet processing of textiles. This advertisement appeared in February 1948 issues of Textile World and American Dyestuffs Reporter.

It Will Pay You to Re-investigate Yarmor Hercules Pine Oil