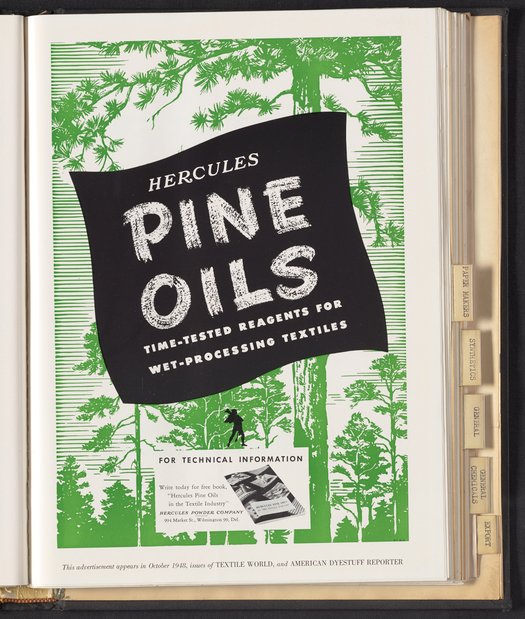 Advertisement for Pine Oils manufactured and sold by the Hercules Powder Company for use in the dyeing and wet processing of textiles, among other applications. This advertisement appeared in the October 1948 issues of Textile World and American Dyestuffs Reporter.