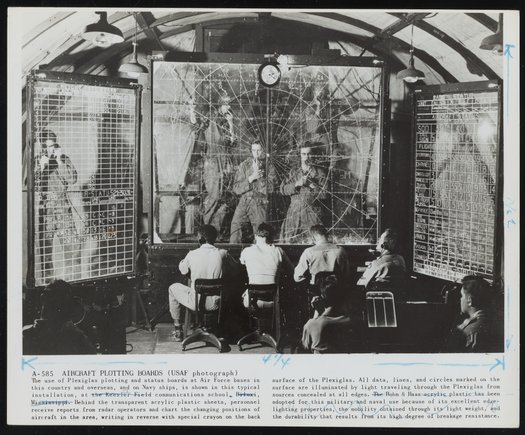 General view of Plexiglas plotting and status boards in use at an Air Force communications school located at Keesler Field in Biloxi, Mississippi. As visible in the photograph, personnel receive reports from radar operators and chart the changing positions of aircraft in the area, using a special crayon to write of the back surface of the Plexiglas. All data, lines, and circles marked on the surface of the transparent acrylic plastic sheets are illuminated by light traveling through the Plexiglas from sources concealed at the edges.

Plexiglas boards in use at Air Force facility