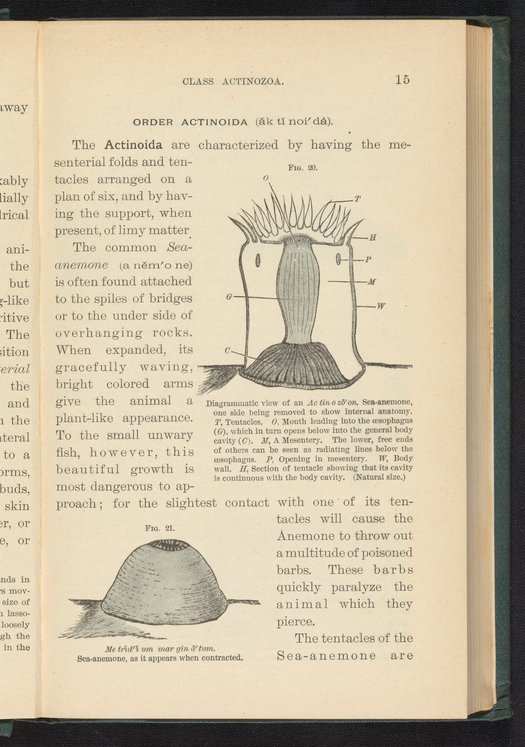 Figures 20 and 21 of the 1887 volume Popular Zoology. Figure 20 depicts a diagrammatic view of a sea-anemone with one side removed to show internal anatomy. Figure 21 depicts a sea-anemone as it appears when contracted.