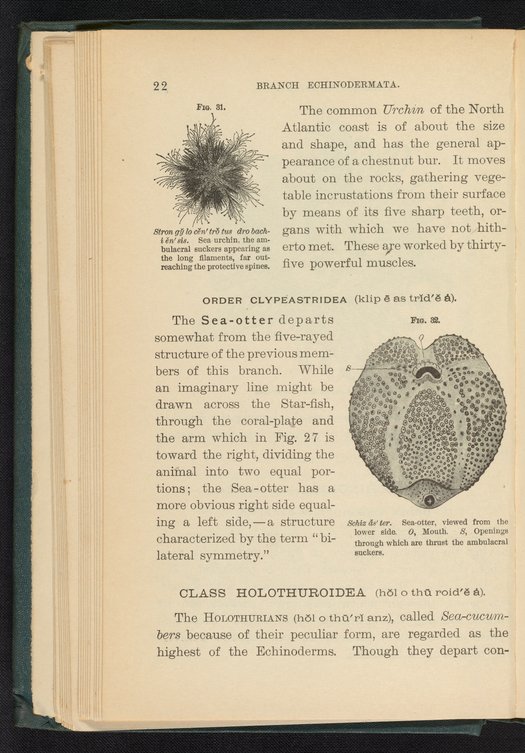 Figures 31 and 32 of the 1887 volume Popular Zoology. Figure 31 depicts a sea urchin. Figure 32 depicts a sea-otter, viewed from the lower side.