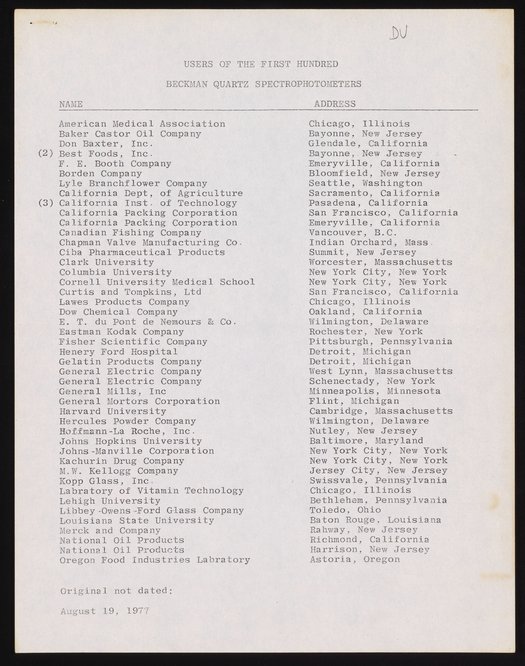 The photostat document lists the first hundred companies and institutions to use Beckman's quartz spectrophotometers; the original document was undated. 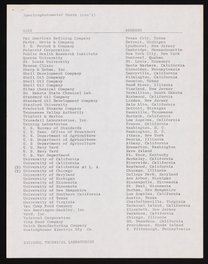