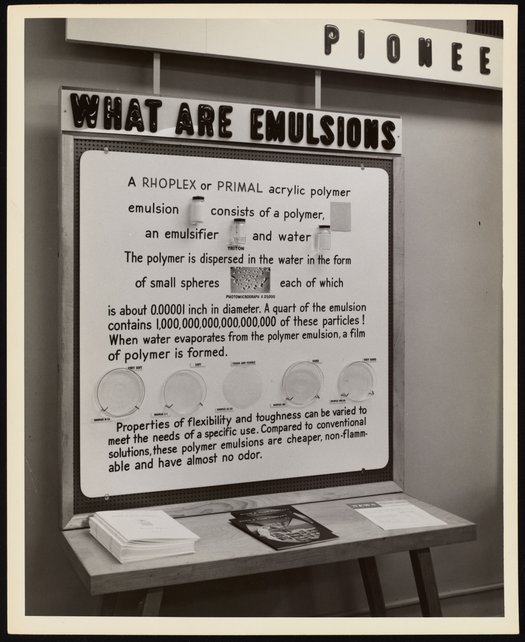 General view of an exhibit panel on Rhoplex and Primal acrylic polymer emulsions exhibited at the 1956 Rohm and Haas Company stockholders' meeting. The panel features a range of polymer emulsion samples ranging in flexibility and toughness, with accompanying text describing the process by which the polymers are formed.

What Are Emulsions exhibit board