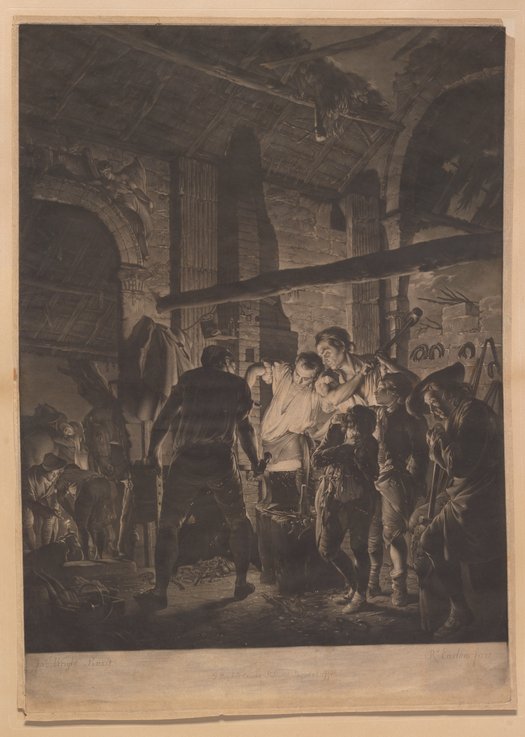 The glow of heated metal on the anvil and the distant light of the moon are placed into dramatic parallel in this mezzotint, after a painting by Joseph Wright of Derby. Wright's use of deep shadow and chiaroscuro light effects lend a sense of intimacy and mystery to this scene of a blacksmith's workshop. At center, three men hold and strike a bar of molten iron. Nearby children watch curiously from the safety of their mothers' laps, while a glimpse through a doorway at left shows a traveler and his loaded horse, who likely stopped for assistance with a horseshoe. This is a common motif that indicates the blacksmith's importance to travel and trade.