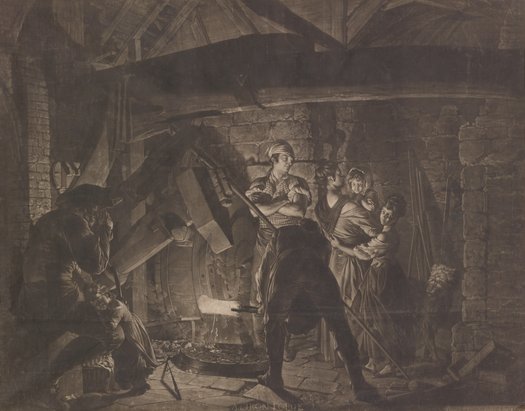 The white-hot glow of molten iron casts radiant light and deep shadow across this mezzotint, after a painting by Joseph Wright of Derby. The scene shows the workings of an iron foundry and showcases the recent advancement in power-driven machinery for metallurgy. The iron-founder and his workmen prepare to strike the metal bar, while members of the workers' families--women and children--turn aside, as if to shield themselves from sparks and heat. Wright has exaggerated the drama and tension of this scene by compressing the space; in reality, the intense temperatures of the forge would have required greater distance and ventilation for observers' safety.