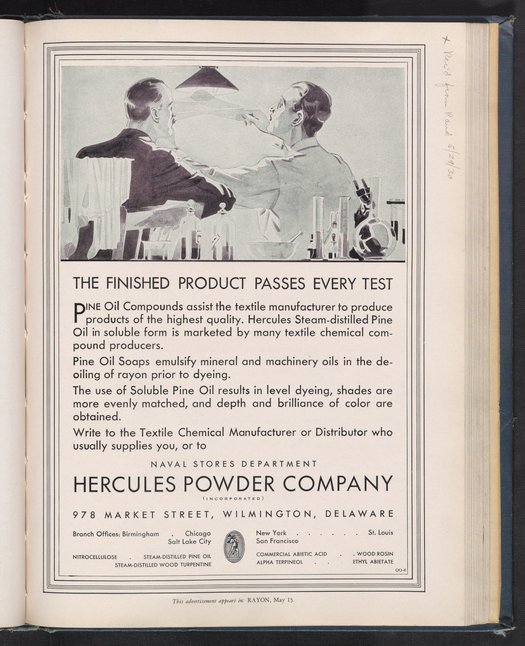 Advertisement for pine oil products manufactured and sold by the Hercules Powder Company for use in the production of textiles. The advertisement depicts two men inspecting a textile sample and details how Hercules pine oil products are used to produce high-quality textiles with level dyes and evenly-matched color shades. This advertisement appeared in the May 15, 1930 edition of Rayon.

The Finished Product Passes Every Test