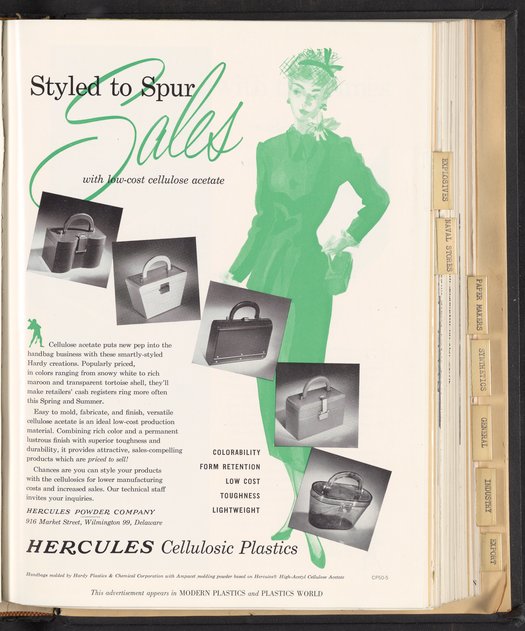 Color print advertisement for Celluose Acetate manufactured and sold by the Hercules Powder Company for use as a base in plastic molding compounds. The advertisement features an illustrated figure of a woman, as well as a series of small photographs of acetate handbags molded by Hardy Plastics & Chemical Corporation. The accompanying text promotes Cellulose Acetate as "an ideal low-cost production material." This advertisement appeared in Modern Plastics and Plastics World.