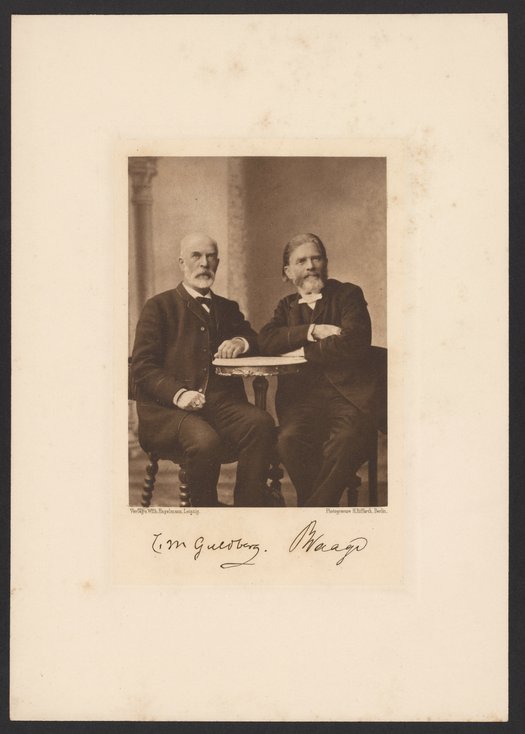 Waage and Guldberg were Norwegian chemists, together they discovered the law of mass action. The law was later validated by Jacobus Henricus van't Hoff (1852-1911) in 1877.

Guldberg was a physical chemist. He is known for the Guldberg rule which states that the normal boiling point of a liquid is two-thirds of the critical temperature when measured on the absolute scale. Waage was a chemist and professor at the University of Kristiania (University of Oslo), he was married to Mathilde Sofie Guldberg (1845-1907), sister of Cato Guldberg.