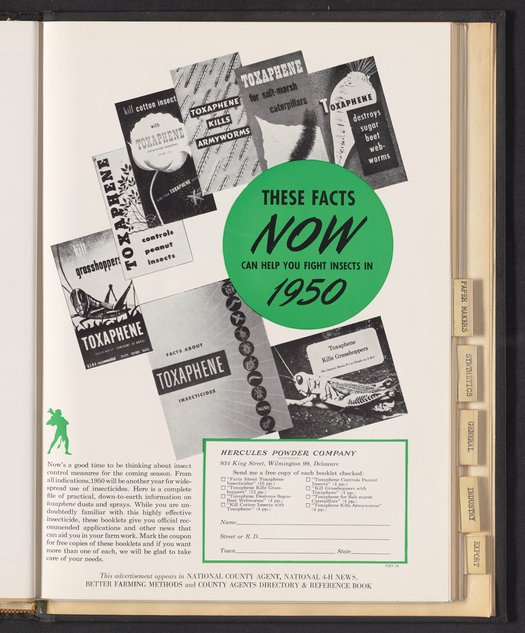 Advertisement for Toxaphene, a toxicant manufactured and sold by the Hercules Powder Company for use in pesticides and insecticides. The advertisement includes information for obtaining booklets on the use of Toxaphene to kill grasshoppers, cotton insects, caterpillars, and other insect pests.

These Facts Now Can Help You Fight Insects in 1950