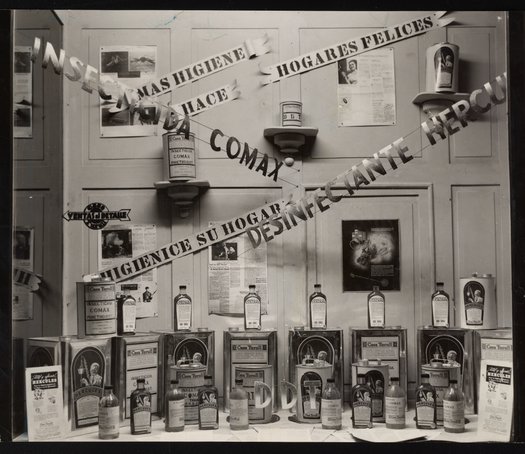 General view of a Spanish-language window display advertising a range of insecticides and disinfectants manufactured by Casa Turull and the Hercules Powder Company.