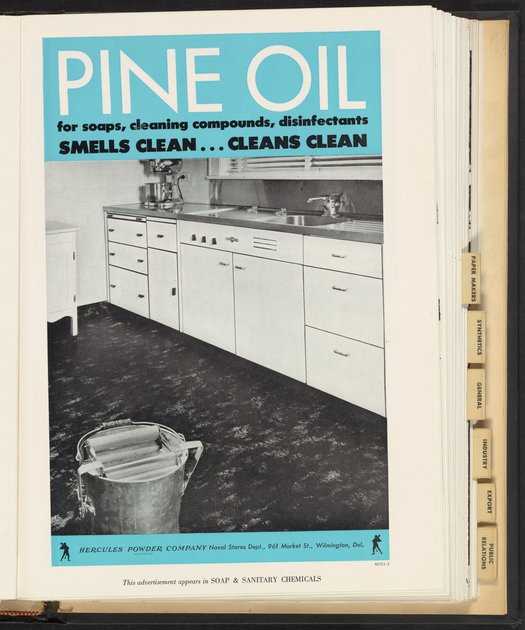 Advertisement for pine oil manufactured by the Hercules Powder Company depicts a kitchen with a bucket in the foreground. Tagline reads "Smells Clean...Cleans Clean."