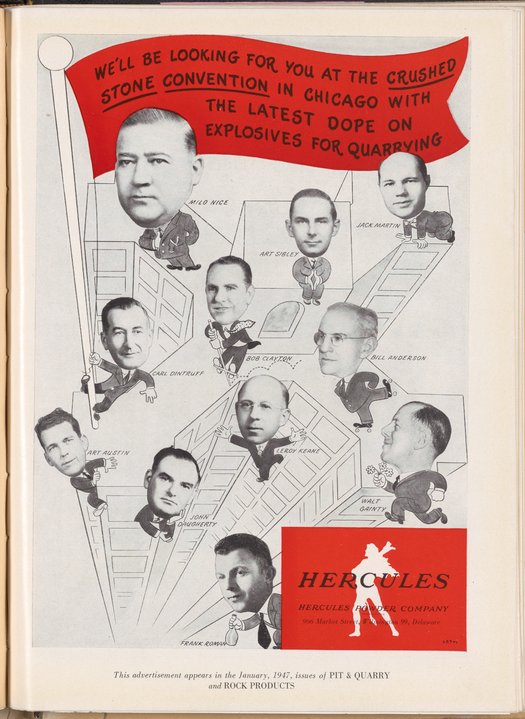 Print advertisement marketing the upcoming presence of the Hercules Company at the 1947 Crushed Stone Convention in Chicago, IL. The advertisement depicts the heads of executives and senior scientists of the Hercules Powder Company superimposed on cartoon bodies atop a cartoon skyscraper. This advertisement appeared in the January 1947 issues of Pit & Quarry and Rock Products.

Hercules Incorporated. “We'Ll Be Looking for You at the Crushed Stone Convention in Chicago with the Latest Dope on Explosives for Quarrying.” 1947 Hercules Advertisements, 1947. Records of Hercules Incorporated, Volume 1947. Science History Institute. Philadelphia. https://digital.sciencehistory.org/works/slivi7p.