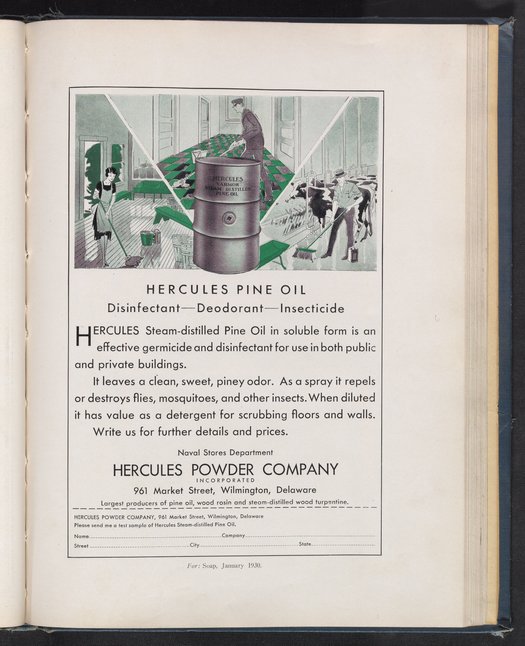 Advertisement for steam-distilled pine oil manufactured and sold by the Hercules Powder Company for use in disinfectants, deodorants, and insecticides. This advertisement appeared in the January 1930 edition of Soap.