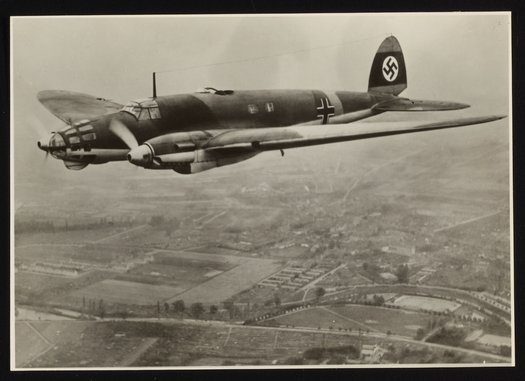 General view of a German aircraft with a Plexiglas windshield and nose panels. Per notations accompanying the photograph, the plane is identified as a Heinkel-Flugzeug HE 111, a type of bomber designed to masquerade as a civilian aircraft due to restrictions placed on German military capabilities following World War I. Notably, a swastika is visible on the tail of the aircraft.