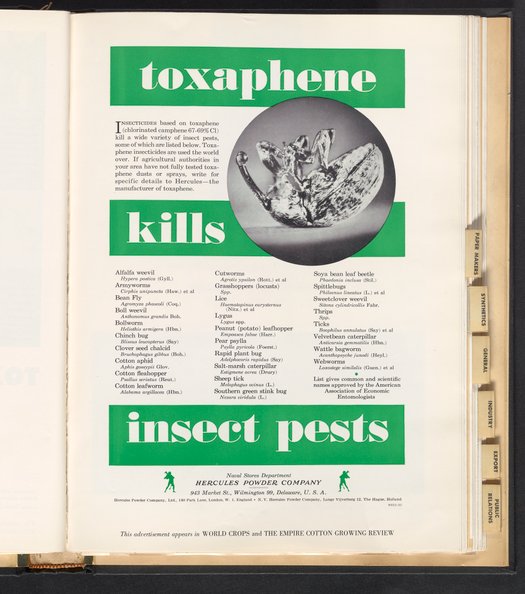 Advertisement for toxaphene with a photograph of a dead boll weevil and an extended list of harmful insects that can be controlled through the use of toxaphene.