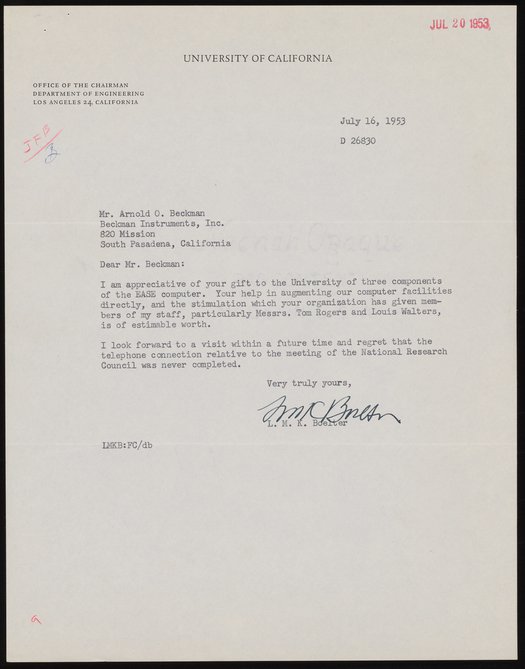 In this letter, Dr. Boetler thanks Arnold O. Beckman for donating several components of an EASE computer to the University of California Los Angeles's Department of Engineering. Dr. Boetler also thanks Dr. Beckman specifically for his work with professor of Engineering Tom Rogers and his graduate student Louis G. Walters. At the time, Dr. Boetler was the dean of the College of Engineering at UCLA.