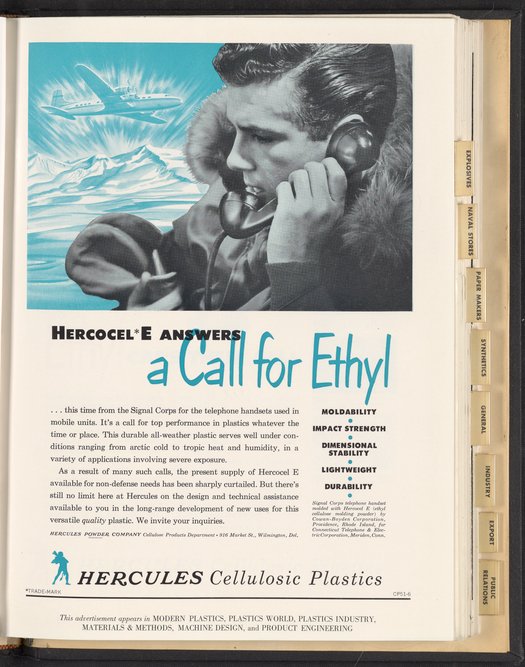 Color print advertisement for Hercocel E, an ethyl cellulose molding powder manufactured and sold by the Hercules Powder Company. The advertisement shows a man in a coat using a telephone handset, with an image of an airplane in the background. The text identifies the handset as a piece of equipment used by the United States Army Signal Corps. The text also describes the qualities of plastics made with Hercocel E, and notes that "the present supply of Hercocel E available for non-defense needs has been sharply curtailed." This advertisement appeared in Modern Plastics, Plastics World, Plastics Industry, Materials & Methods, Machine Design, and Product Engineering.