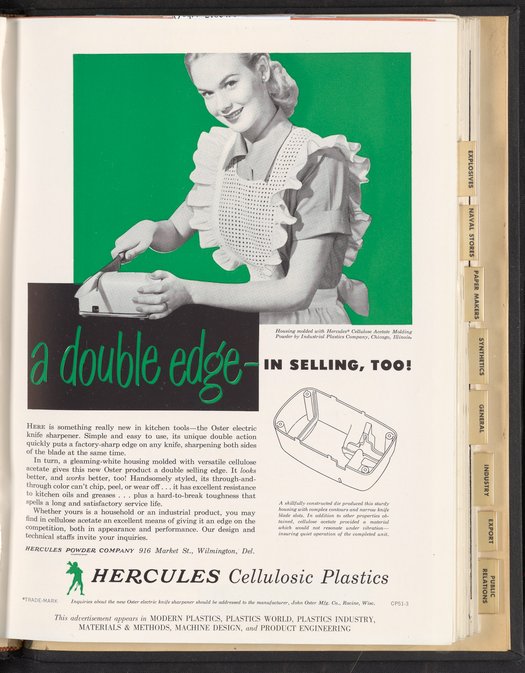 Color print advertisement for cellulosic plastics made with plastic molding compounds manufactured and sold by Hercules Powder Company. The advertisement shows a woman in an apron operating an Oster electric knife sharpener. A small inset illustration shows the interior of the sharpener's plastic housing. The accompanying text describes the use of cellulose acetate in manufacturing household and industrial products. This advertisement appeared in Modern Plastics, Plastics World, Plastics Industry, Materials & Methods, Machine Design, and Product Engineering.

A Double Edge--In Selling, Too!