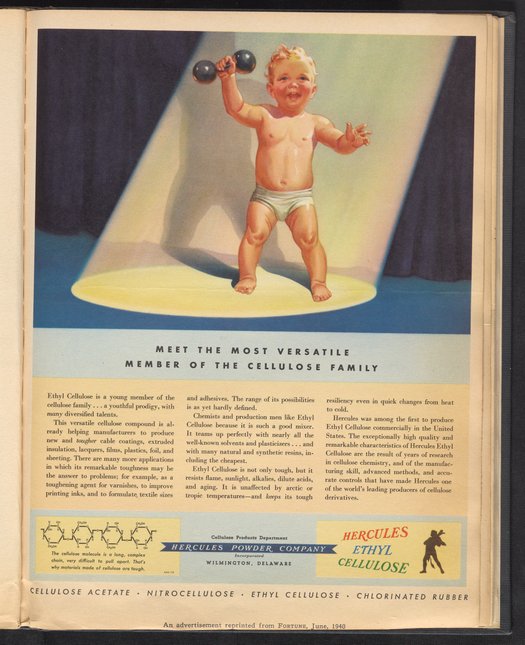 Advertisement for Ethyl Cellulose manufactured and sold by the Hercules Powder Company for use as a toughening agent in cable coatings, lacquers, films, plastics, and varnishes, among other applications. The advertisement features a baby standing in a spotlight holding a dumbbell, an image intended to underscore the toughness and resiliency of Hercules Ethyl Cellulose relative to its newness. This advertisement appeared in the June 1940 edition of Fortune magazine.

Meet the Most Versatile Member of the Cellulose Family