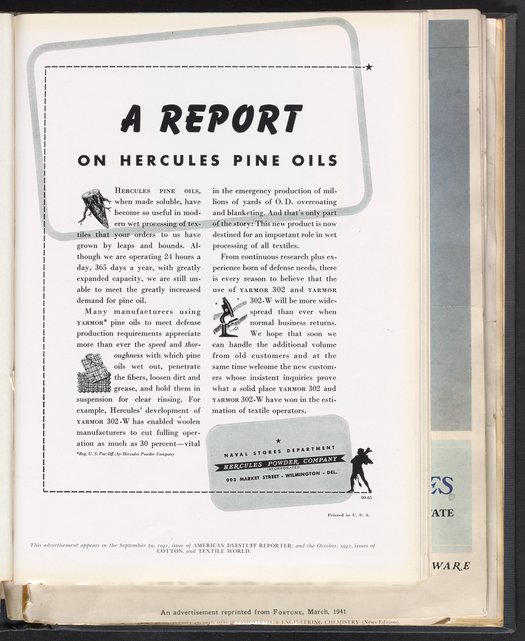 A Report on Hercules Pine Oils