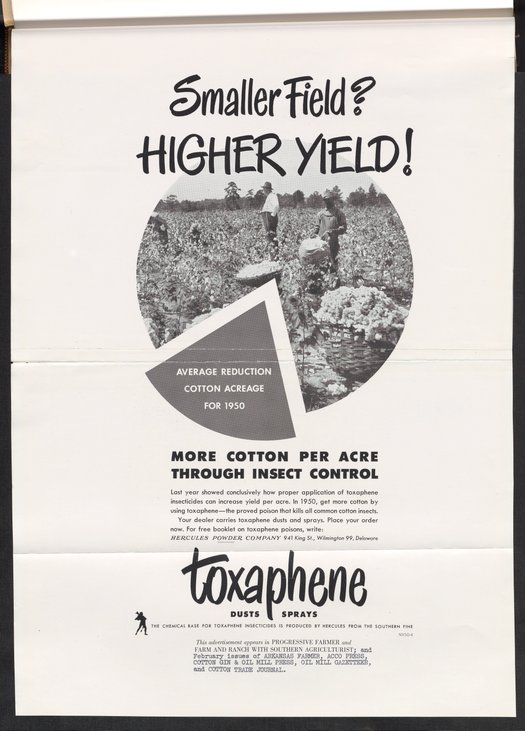 Print advertisement for toxaphene produced by Hercules Powder Company depicts a circular photograph of cotton field with cotton pickers and a man overseeing the workers. A wedge cut out of the photograph reads "Average reduction cotton acreage for 1950" with accompanying paragraph tagline reading "More cotton per acre through insect control."