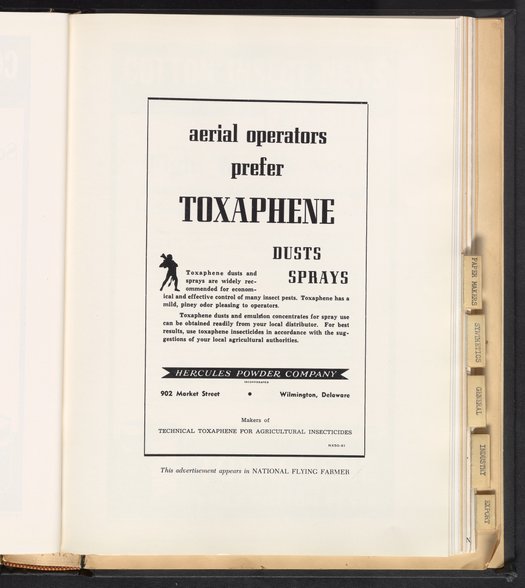 Print advertisement for Toxaphene produced by Hercules Powder Company consists of an inset paragraph describing how the piney scent of Toxaphene makes it pleasing to aerial operators. This advertisement appeared in National Flying Farmer.