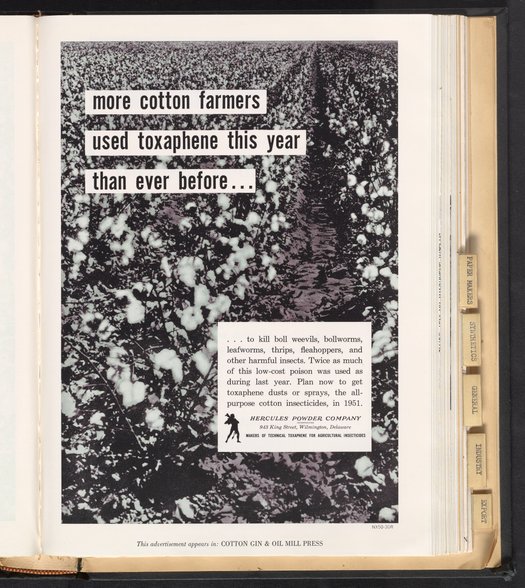 Print advertisement for toxaphene produced by the Hercules Powder Company depicts rows of cotton fields with an inset paragraph listing the pests toxaphene is effective in controlling. This advertisement appeared in Cotton Gin & Oil Mill Press.

More cotton farmers used toxaphene this year than ever before...