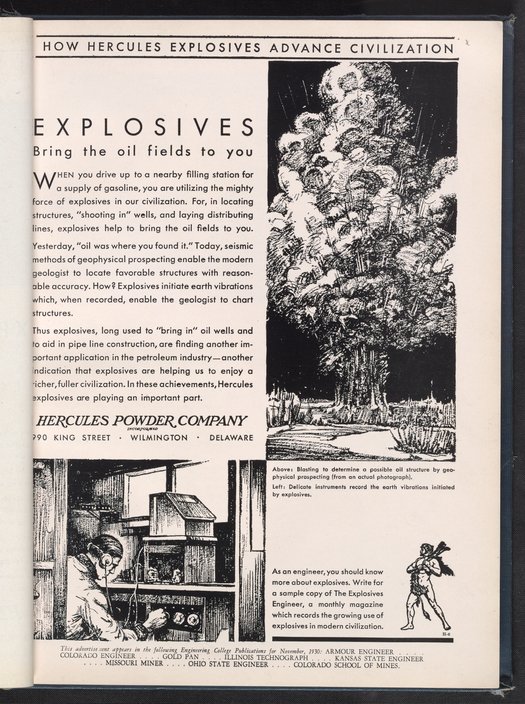 Advertisement for explosives manufactured and sold by the Hercules Powder Company for use in construction, mining, and prospecting, among other applications. The advertisement details how Hercules explosives are used to in geophysical prospecting to aid in the identification of oil wells and pipe line construction.

Explosives Bring the Oil Fields to You