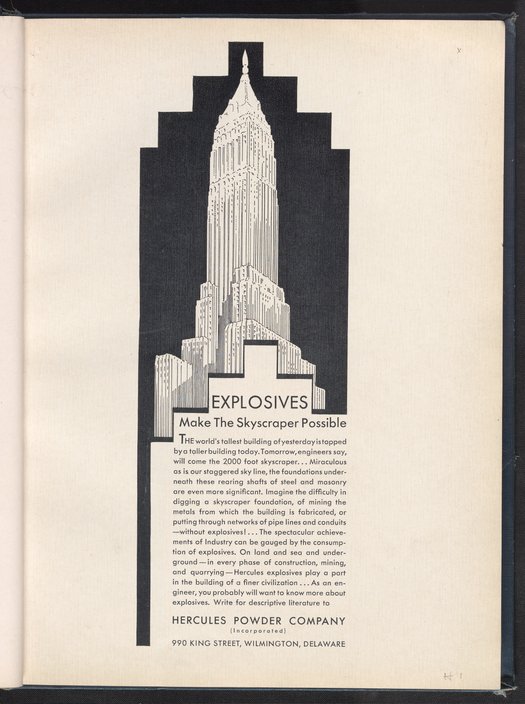 Advertisement for explosives manufactured and sold by the Hercules Powder Company for use in construction, mining, and quarrying, among other applications. The advertisement depicts an Art Deco-style skyscraper reminiscent of the Chrysler and Empire State buildings and details how Hercules explosives are used to clear the foundation upon which such buildings are fabricated.