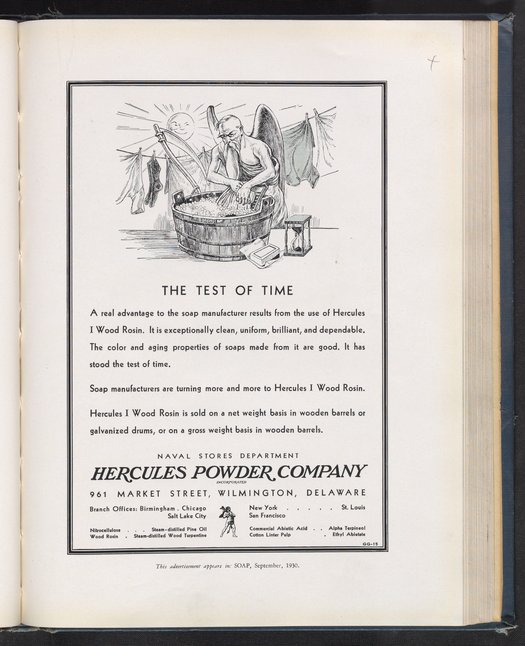 Advertisement for wood rosin manufactured and sold by the Hercules Powder Company for use in soap. The advertisement depicts Father Time washing clothes and details how Hercules wood rosin is used to produce soaps whose color and aging properties stand the test of time. This advertisement appeared in the September 1930 edition of Soap.

The Test of Time