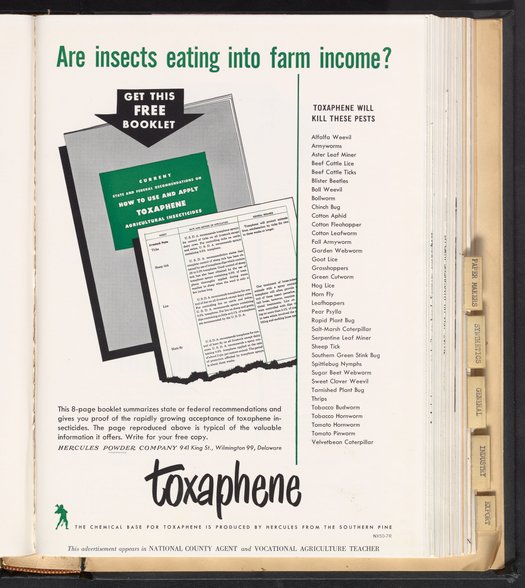 Print advertisement for toxaphene produced by Hercules Powder Company with an arrow reading "get this free booklet" pointing to a booklet entitled Current State and Federal Recommendations on How to Use and Apply Toxaphene Agricultural Insecticides. A list of pests that toxaphene will kill borders the right edge of the page with a paragraph below outlining the contents of the booklet. A reproduction of a sample page from the booklet lists pest names and the U.S.D.A.'s recommendation for application along with general remarks.

Are insects eating into farm income?