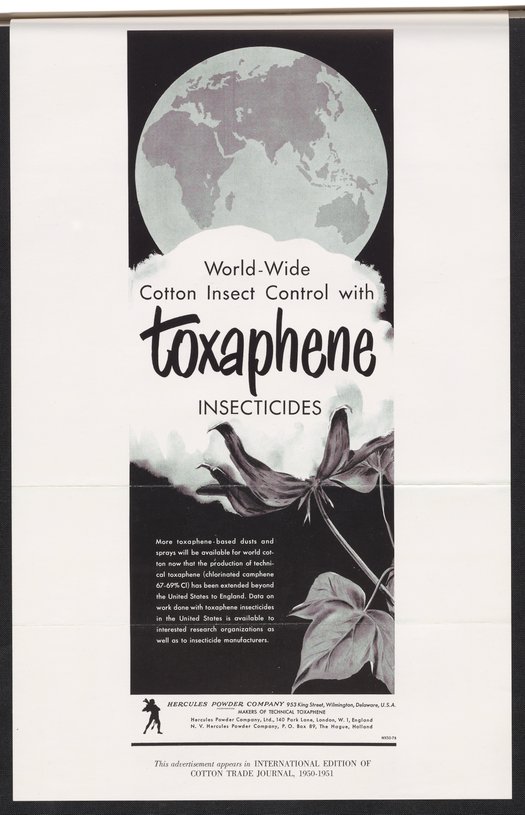 Print advertisement for toxaphene produced by Hercules Powder Company depicts the eastern hemisphere of the earth with an inset of a cotton plant. Accompanying paragraph states how the production of toxaphene has extended beyond the United States to England. This advertisement appeared in International Edition of Cotton Trade Journal, 1950-1951.