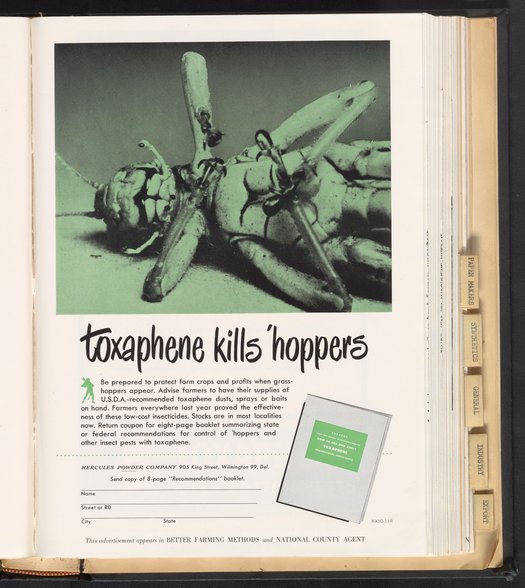 Print advertisement for toxaphene produced by Hercules Powder Company depicts a photograph of a dead grasshopper killed by toxaphene. A paragraph describes how the use of toxaphene will increase yields by killing insect infestations. The bottom of the ad is a tear-away coupon for a booklet entitled Current State and Federal Recommendations on How to Use and Apply Toxaphene Agricultural Insecticides. This advertisement appeared in Better Farming Methods and National County Agent.