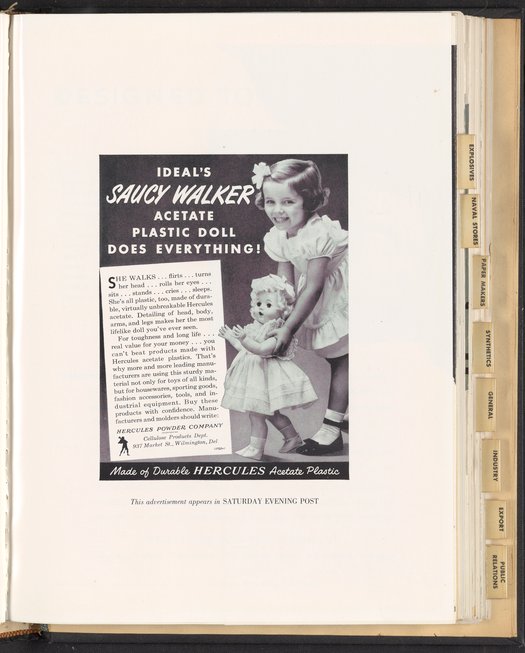 Print advertisement for Celluose Acetate manufactured and sold by the Hercules Powder Company for use as a base in plastic molding compounds. The advertisement features a photograph of a young girl playing with a large plastic doll. The accompanying text promotes the use of acetate plastics for manufacturing toys and other household goods. This advertisement appeared in The Saturday Evening Post.