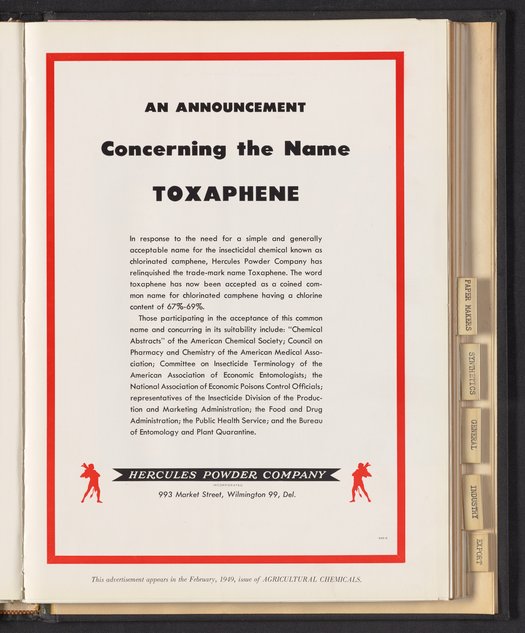 Advertisement detailing the decision by the Hercules Powder Company to relinquish the trademark name Toxaphene in response to the need for a simple and generally acceptable name for the insecticidal chemical known as chlorinated camphene.

An Announcement Concerning the Name Toxaphene